GARFIELD PARK — When Jasmine Jones started teaching physics at Al Raby High School in 2018, she noticed the topics covered in the science curriculum had little to do with the daily lives of her students living on the West Side.

The typical science lessons would help them in higher education and future careers, Jones said. But the standard curriculum wouldn’t teach students how science and engineering could be an answer to the social conditions rooted in a history of racism that residents of Garfield Park and other Black neighborhoods experience daily, she said.

Jones devised a solar project to allow her students to learn about science and technology while making a tangible impact on the issues that matter to youth in the neighborhood. Garfield Park is considered to be an environmental justice community, or a neighborhood where the impacts of pollution and environmental issues weigh especially hard on people who are Black and low-income.

The solar project makes the physics curriculum more “culturally relevant and justice-centered so we can actually look at real issues happening in our communities and use science as a tool to intervene in that and for students to be empowered as civic activists,” Jones said.

Jones and her students are working with Central Road Energy to plan solar panels that can be installed on the roof of the Garfield Park Conservatory across the street from the school.

The team is developing a proposal to take advantage of the Illinois Solar for All program, a state initiative that provides tax incentives to encourage residents, businesses and organizations to bring clean energy to traditionally underserved communities.

The tax credits are so substantial that in many circumstances, they can completely offset the cost of building the solar array, said Ky Ajayi, president of Central Road Energy.

The Park District declined a request to interview conservatory staff about the project.

The solar array would reduce energy costs at the Garfield Park Conservatory by at least 65 percent, Ajayi said. That could save the conservatory upwards of $500,000 over the next 15 years, the team estimated.

Central Road Energy has done seven other Solar for All projects in the past three years. Its partners have included churches, nonprofits and a senior center, Ajayi said.

“All of these venues have been able to save money and use those savings to provide additional programming for the low-income communities where they are located,” Ajayi said.

The Al Raby students have been building community support for the project, working with engineers to develop their proposal and conducting shade studies to determine how much energy would be produced by the solar array year-round, Jones said. But part of why youth involvement is so important is because the students get a say in what community group and what programs will benefit from the energy savings, Jones said.

“They have such incredible and unique funds of knowledge just from growing up in the community and being around it all the time,” she said. “There’s a lot of decision-making. But I believe students are best positioned to make those decisions.”

Students vetted several potential partners and picked the conservatory as the site where the solar array would be installed after determining “they offer authentic social, economic and environmental contributions to the community that are valuable enough to partner with,” Jones said.

The young people are also drafting proposals for how the money saved by the solar array should be used on community programs. One plan proposes working with the conservatory to use the savings to create a community garden “that we can harvest at different times in the year and give food away to unhoused individuals,” Jones said.

Ajayi, Jones and the Al Raby students are looking for a developer that would fund the installation at the conservatory and cash in on the energy tax credits.

The process has allowed the students to be more civically engaged in the neighborhood they live in while cultivating a more advanced understanding of the sciences and technologies that impact the environment, Jones said.

“Empowering students to use their science knowledge to intervene and begin to take steps toward creating lasting change is really powerful,” Jones said. “We’re not just talking about it. We’re doing something about it.” 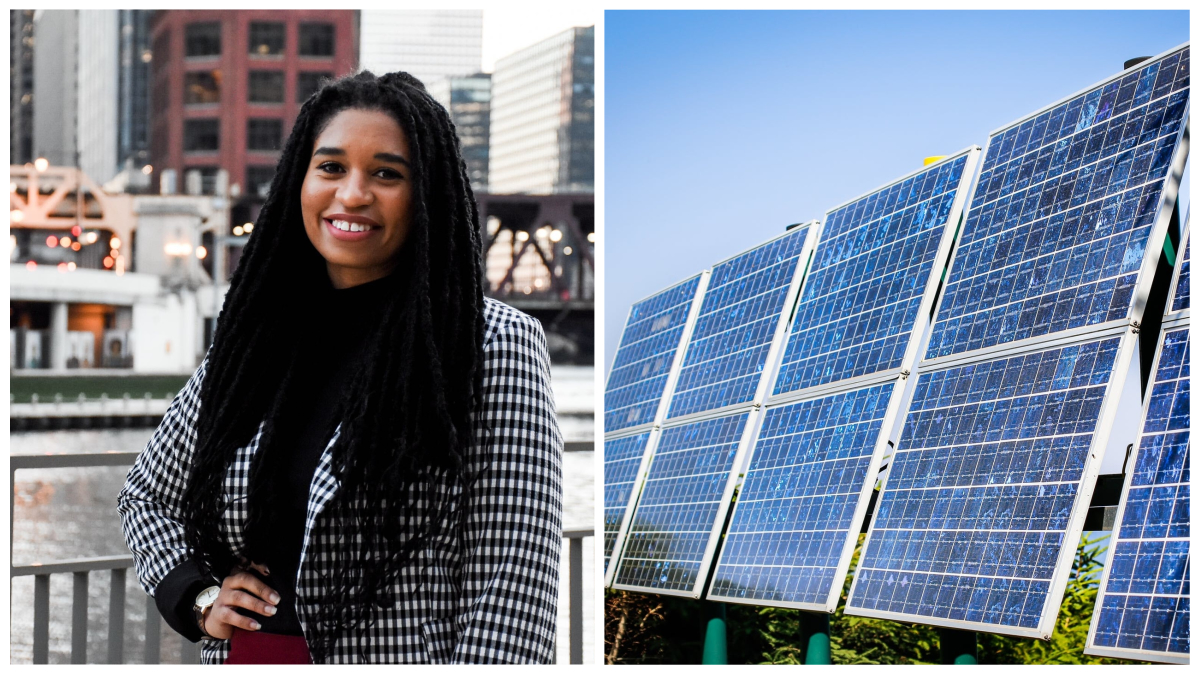 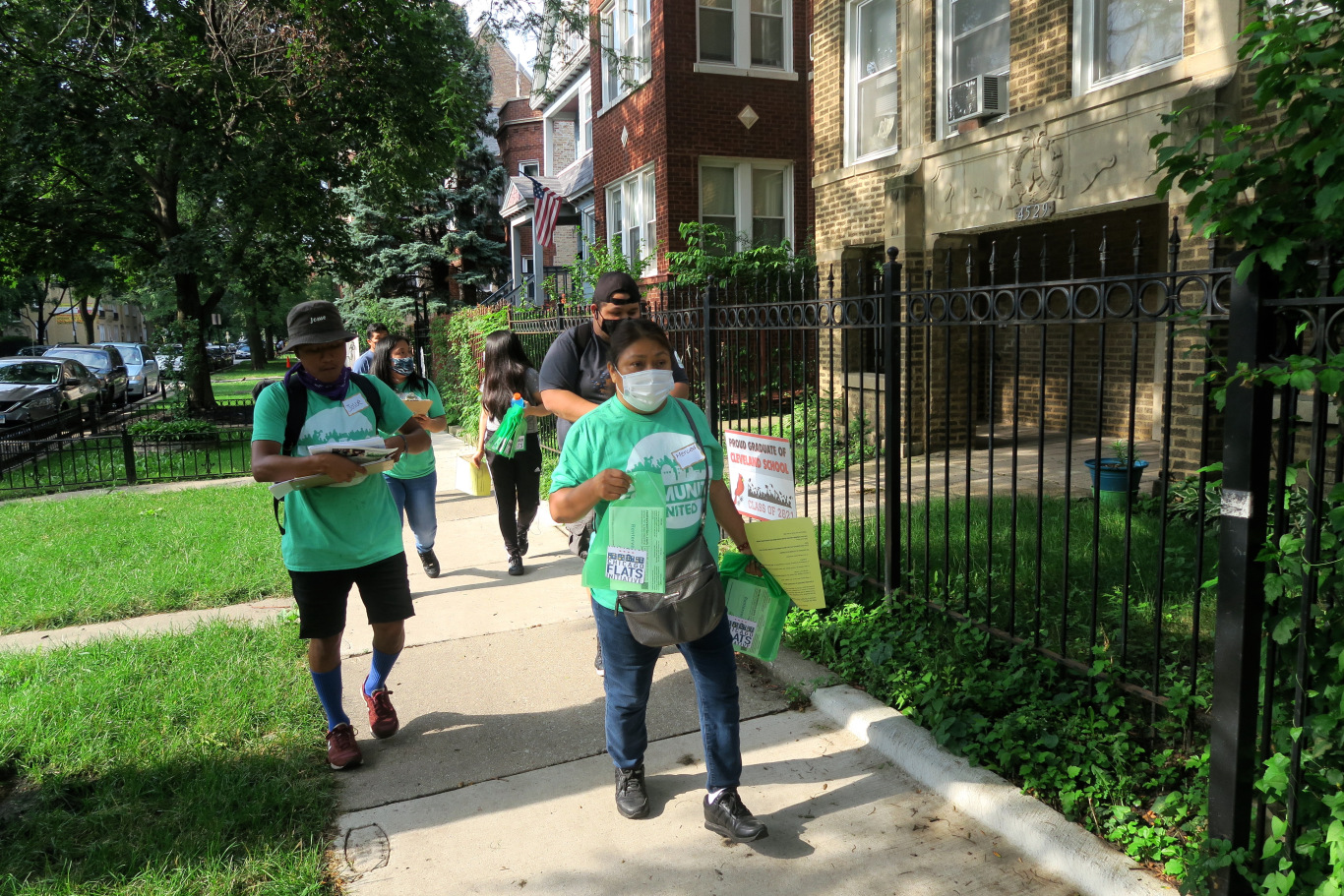 Thousands Of Chicagoans Could Face Evictions Next Month. This Group Is Going Door To Door To Keep People In Their Homes 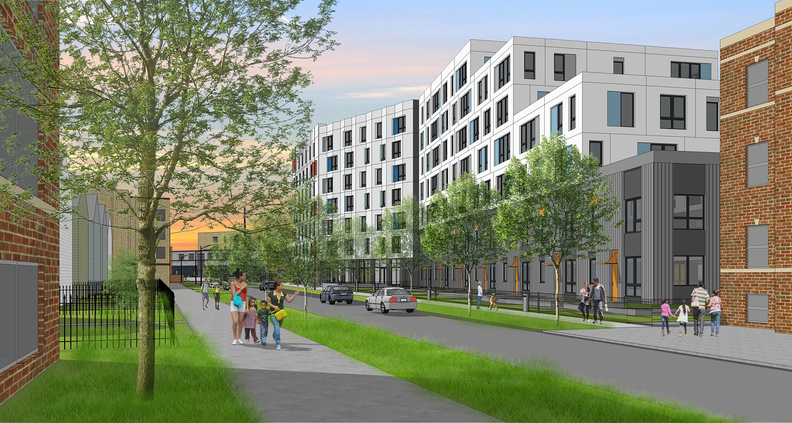