<intro>The Garfield Park Rite to Wellness online town hall on COVID-19 vaccines ended up illustrating exactly the kind of fears it was trying to address.<intro>

The Jan. 25 forum was organized by the Garfield Park Wellness Collaborative and the Garfield Park Community Council to explain the science behind the two vaccines that are currently used, address common myths and fears about the vaccines, and give residents and community organizations a chance to ask questions to the Rush University Medical Center doctors.

During the course of the forum, two West Side medical professionals offered starkly different perspectives on the vaccines.

Beverly Miles, of West Garfield Park, a  registered nurse and community activist who ran for 28th Ward alderman in 2019, said that she was “terrified” of getting the vaccine, especially after the treatment she said she got when she caught the disease in April 2020.

Drea Slaughter, of Austin, who works at the University of Chicago health system, said that she already got vaccinated and it made her feel more comfortable with being in the community.

The panelists readily acknowledged that, given the history of medical experimentation on African-Americans and disparities in treatment, the hesitation was understandable, but they tried to to emphasize that the vaccine was important in communities that have been disproportionately impacted by the pandemic.

The panelists also said that Rush would do its part, bringing vaccines to housebound seniors and doing community vaccination sites once vaccination expands to the general population.

Dr. David Ansell, Rush’s vice president for community health and equity, explained during the forum that they wanted to address worries about the two COVID-19 vaccines that are currently available.

“We know there’s a lot of people who want to get the vaccine and a lot of vaccine hesitancy, because of the history,” he said.

Dr. Laura Deon, who also works at Rush, said that one of the major concerns they’ve heard from people was that the Pfizer and Moderna vaccines would alter their DNA. Deon said that

“The mRNA doesn’t stay in the body permanently — the only thing that’s left are the antibodies,” Deon said. “The vaccine definitely won’t change the DNA.”

She touched on side-effects of the vaccines, which include redness and swelling around the injection site and fatigue saying that they don’t usually last more than three days, but if they do, patients should reach out to their doctors or their nearest healthcare provider as soon as possible. Leon said that allergic reactions are extremely rare, with only one out of 1.8 million vaccinated individuals experiencing one.

“All [vaccination] sites have epinephrine close by, so if you have an allergic reaction, they’d be able to treat you right away,” she added.

Deon said that, as of Jan. 25, only around three percent of residents of the two zip codes that make up West and East Garfield parks received the vaccines, although she noted that until recently, the vaccine was only available to medical workers and residents of long-term care facilities, which affects the numbers.

Ansell said that Rush recently got permission to vaccinate “homebound elders” in their homes, and that “there will be teams going into neighborhoods like East Garfield Park to do hyper-local vaccinations.”

When asked whether people who already had COVID-19 should get vaccinated, Deon and Ansell said that they should, because it’s not clear how long the immunity will last, although Deon added that they don’t have to hurry.

Miles, a West Garfield Park native who returned to her community in 2016 after serving in the U.S. Army for 15 years, currently works as a registered nurse at Edward Hines VA Hospital near west suburban Maywood. Miles said that she got COVID-19 in April 2020 and is still dealing with some symptoms.

“I was in ICU last April with COVID-19, and I don’t know if they knew I was a nurse and could see the poor treatment I received,” Miles said. “Doctors were afraid to come into my room.”

She said that it reminded her of the racism she saw while working at various West Side hospitals, as well as her own family’s history with the medical system.

While Miles recognized the importance of vaccines, she said that Rush and others need to do more to address the fears.

Ansell responded that he understood how she was feeling, and that he wanted to talk to Miles privately after the forum to address her concerns.

“We want our medical professionals, if they feel comfortable, to be the communicators,” he said. “I do think those conversations have to come from people who are trusted, like you.”

Slaughter said that, while there were African-Americans who had concerns about the vaccines, “there are just as many of us who feel comfortable about getting vaccinated.”

“The side-effects were minimal for me,” Slaughter said.  “I’m glad I’m vaccinated. I feel better being in the community, because I am vaccinated.”

Ansell said that, at Rush, Black and Hispanic employees were initially more reluctant to get vaccinated than white employees, but the gap has narrowed over time after one-on-one and group conversations about their fears.

“There is mistrust of the medical field and it’s a well-earned mistrust, with historic and present acts of scientific racism and other things,” he reflected. “I think a lot of people we talked to wanted to wait and see.” 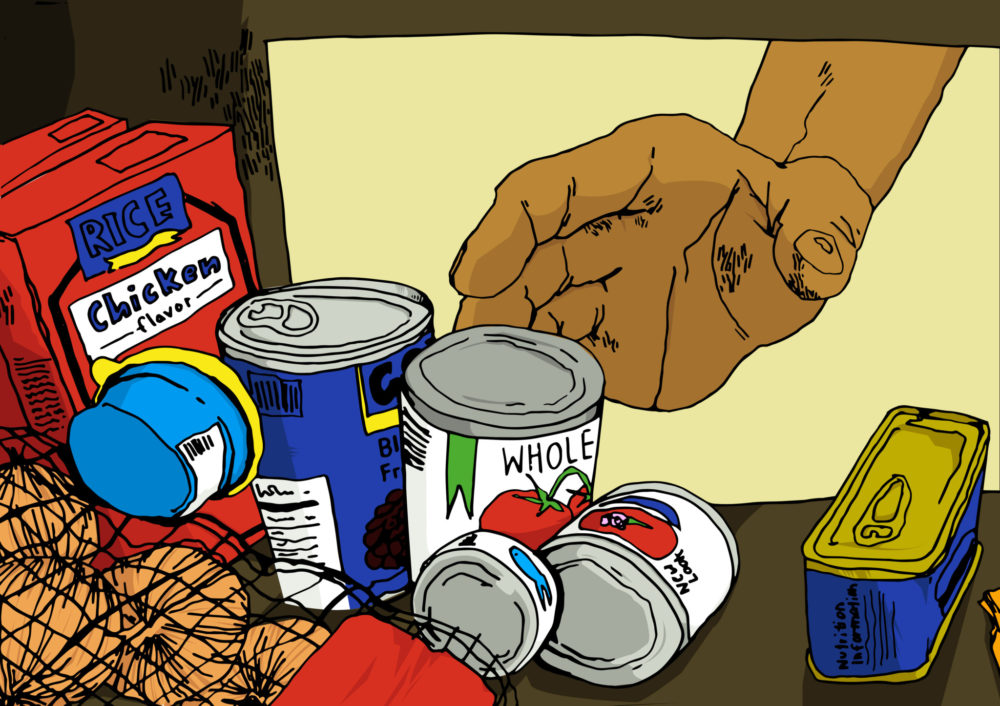 Tackling Food Apartheid on the West Side
All news